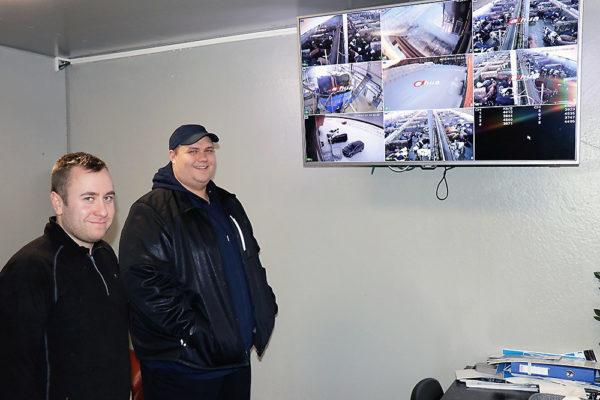 Samuel Ingves and Marcus Teir, the men who built an 850-place beef cattle rearing barn for Ab Euro-Bull Oy, consider it obvious that the mash feeding in the barn was automated as much as possible. The rearing barn was built a few years ago in Härkmeri, Kristiinankaupunki.

According to Ingves, there were several reasons for the solution, one of which was practicality. Neither of the men lives in the immediate proximity of the barn but some five kilometres away.

The most important reasons, however, were economic and considering animal welfare. Although the system was not cheap, it is cost-effective.

“We need only one external worker here. He will move the feed bales and potato pulp to the mixer using a boom lift, and the automation will handle the rest of the raw materials, mixing and distribution of feed to the feeding table.”

“The rest of his time is available for ensuring and monitoring the welfare of the animals,” Ingves points out.

Marcus Teir adds that without the automation, the worker would spend four to five hours daily feeding the cattle. All this time would be away from checking the water bowls, cleaning the feeding table and monitoring the animals.

“In practice, we would then need two employees: one for making the feed and one for taking care of the animals. Now one person has time for feeding and also to have each bull stand up a few times a day to see whether everything, like the legs, is OK,” he says.

The founders of the Ab Euro-Bull Oy beef rearing company Marcus Teir (left) and Samuel Ingves decided to build a shared rearing barn instead of both of them expanding their beef production at the home farm. The men have a clear division of work when it comes to running the company: Marcus is responsible for the machines and equipment, while Samuel takes care of the paperwork.

Feeding equipment in active use

The mash is mixed using silage and potato pulp as well as complete feed and minerals. Dosage and mixing ratios are based on weighing, taking the size differences of the bales into consideration.

According to Samuel Ingves, the system is in heavy use but has worked flawlessly the entire time. When the feed is mixed twice a day and the bulls are fed five times a day, the system runs for 10 hours each day.

“The benefit of the system is that it can be filled flexibly. This means that the work doesn’t require exact hours at exact times,” Teir says.

The feed processing plant is big, but it has a space and equipment reserve for another rearing barn of approximately 850 animals on the other side of the plant. The permits for the extension are already in order, and it is our plan to build it within a few years.

“I believe that we will choose Pellon again at that time. It is easier to work with a single equipment manufacturer than two when you are operating in a single rearing establishment,” Ingves reasons.

The annual electricity consumption of the rearing farm is 160,000 kWh. In comparison to the automation system and a warm space of 700 square metres, Ingves considers it rather moderate.

Euro-Bull became a HKScan producer based on competitive tender. The entrepreneurs are very satisfied with the work of the meat company and the way they manage things.

Last year, the actual daily growth of the bulls was 685 grams daily, which got Euro-Bull well into the best quarter among HKScan’s producers.

“We ourselves are happy with it and do not strive for better growth,” Ingves says. 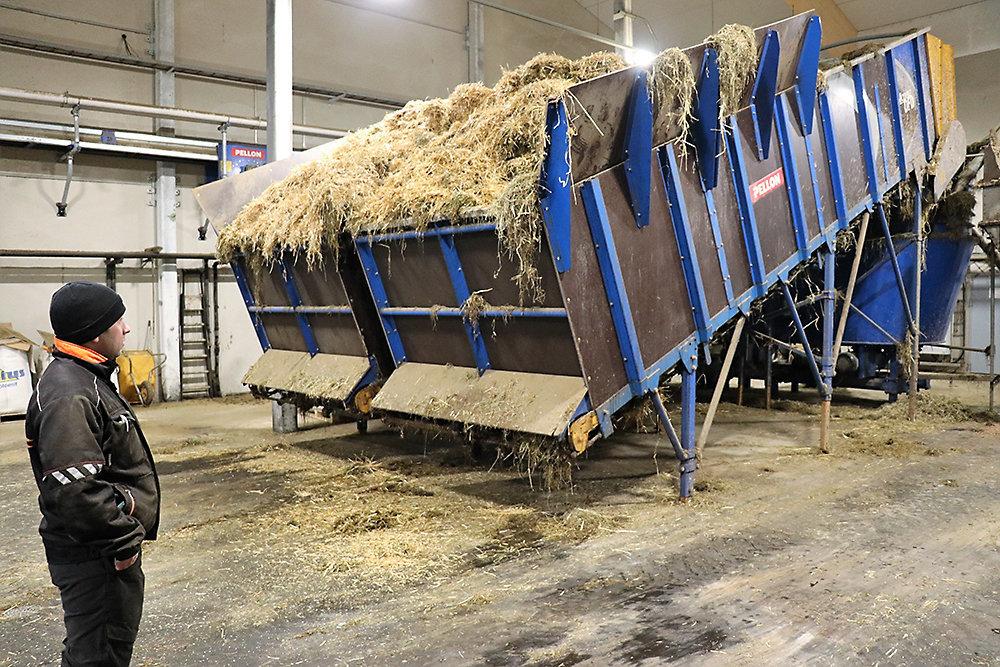 Feeding at Euro-Bull is automated as much as possible. The bale table and the potato pulp are filled with a boom lift, after which the automation system takes care of mixing and distributing the feed. According to Marcus Teir, the dosage and mixture are based on weighing. 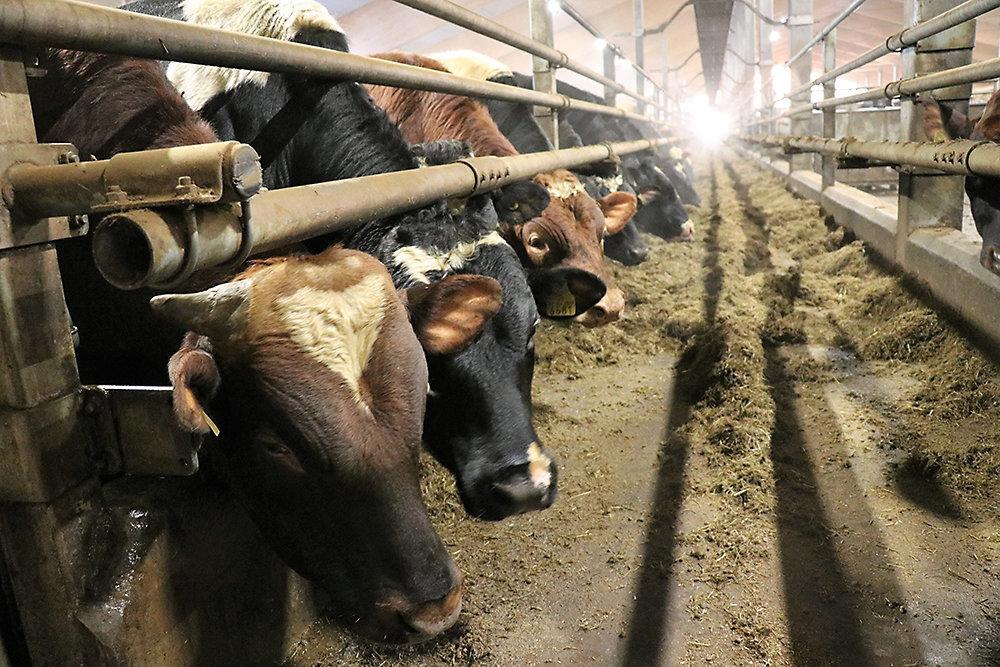 The bulls are in a rearing barn with 32 compartments, two thirds of whose slatted floor is rubber-based. The feed is distributed to the feeding table using a belt feeder. Text and Photos by Viskurimedia

We use cookies on our website to give you the most relevant experience by remembering your preferences and repeat visits. By clicking “Accept All”, you consent to the use of ALL the cookies. However, you may visit "Cookie Settings" to provide a controlled consent.
Cookie SettingsRead MoreReject AllAccept All
Manage consent

This website uses cookies to improve your experience while you navigate through the website. Out of these, the cookies that are categorized as necessary are stored on your browser as they are essential for the working of basic functionalities of the website. We also use third-party cookies that help us analyze and understand how you use this website. These cookies will be stored in your browser only with your consent. You also have the option to opt-out of these cookies. But opting out of some of these cookies may affect your browsing experience.
SAVE & ACCEPT
Powered by